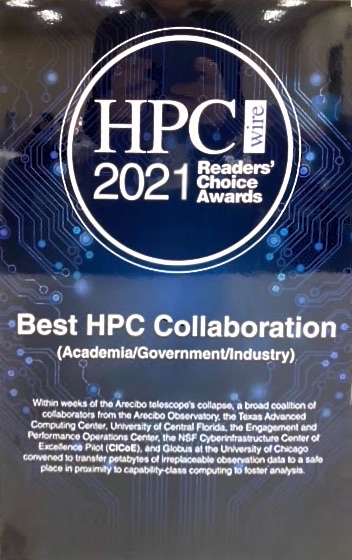 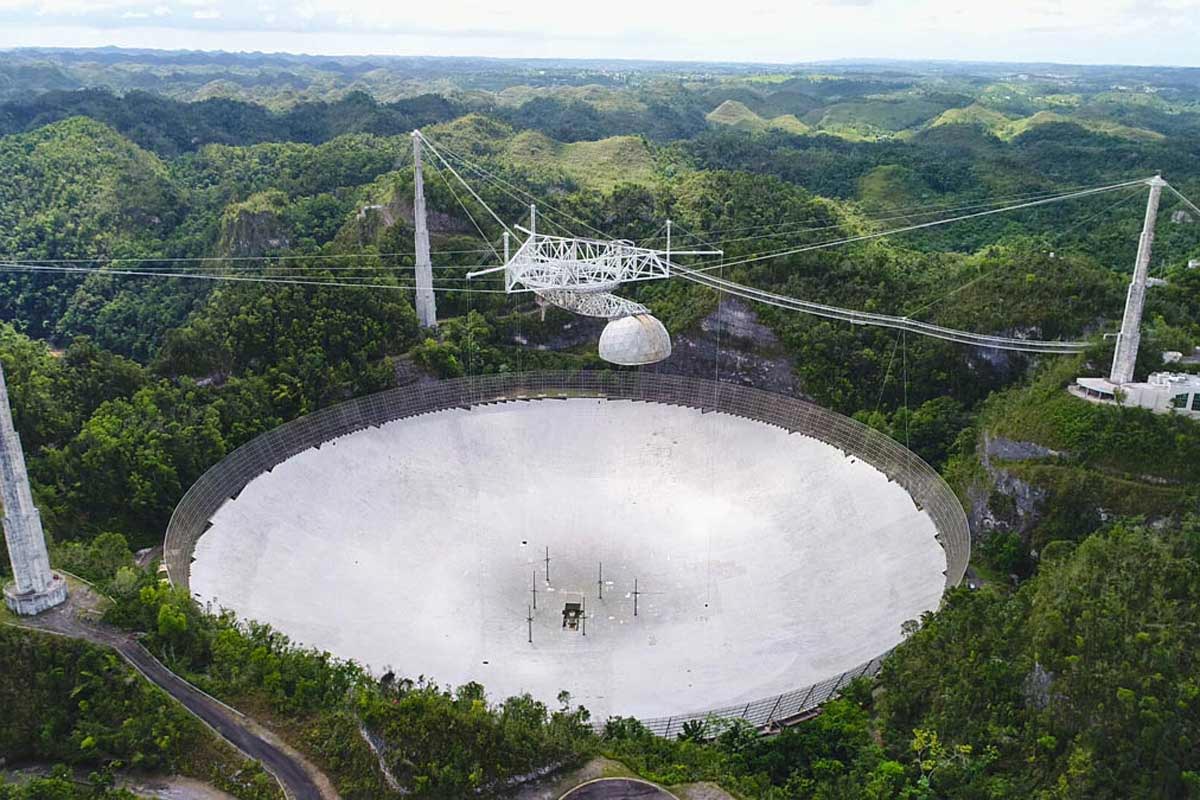 In December of last year, the renowned Arecibo Observatory in Puerto Rico collapsed in spectacular fashion when the 900-ton equipment platform, suspended about 500 feet above the dish, came crashing down due to a support cable unraveling.

Fortunately, no one was hurt, but the question remained: What about the invaluable astronomical and atmospheric science data that was collected for decades by the observatory’s 1,000-foot-wide reflector dish? University of Utah Scientific Computing and Imaging (SCI) Institute and School of Computing professor Valerio Pascucci and U faculty members were part of a consortium of researchers responsible for retrieving that precious data and moving it to a safe location.

Their work recently earned them the HPCwire Readers’ Choice award for Best HPC Collaboration across Academia, Government, and Industry at the 2021 International Conference for High Performance Computing, Networking, Storage and Analysis.

“This group of collaborators spanning across academia, government and industry, preserved decades of priceless data and will enable us to achieve many new and exciting scientific discoveries,” said Tom Tabor, CEO of Tabor Communications, publisher of HPCwire. “Our readers understand the significance of this accomplishment, and we are proud to present this award to this esteemed group of research institutions.”

Shortly after the collapse, the consortium – comprised of CI Compass, Engagement and Performance Operations Center, Globus at the University of Chicago, the Texas Advanced Computing Center (TACC), and the University of Central Florida – were tasked with moving three petabytes (three million gigabytes) of data to the TACC Ranch system.

Pascucci and his team of University of Utah computer science researchers are part of the CI Compass team, which was responsible for evaluating the data storage solutions and designing the future data management process to make Arecibo’s data easily accessible for further scientific research and discovery. The data represents over 50 years of astronomical observations from the telescope, which until 2016 was the world’s largest.

“My specific role is still in progress where we are collecting some of their massive imagery data of the sky and making it available on a new portal for interactive exploration and download for processing,” Pascucci said.

CI Compass, a National Science Foundation CI Center of Excellence, was created to help research facilities like Arecibo manage their data in faster and more affordable ways. Pascucci is also the director for the Center of Extreme Data, Management, Analysis and Visualization, part of the U’s Scientific Computing and Imaging Institute.

The Arecibo Observatory, managed by the National Science Foundation, became operational in 1963 and was scheduled for withdrawal from service before the collapse occurred. (Click below to see a video of the incident, which was captured on two video cameras.)

The observatory, known for its gigantic dish built into a natural sinkhole and surrounded by tropical forest, was also known as the backdrop for scenes in the James Bond film, “Goldeneye,” and the Jodie Foster science fiction epic, “Contact.”
Login | Admin
Copyright © 1998 - 2020 Scientific Computing and Imaging Institute
SCI